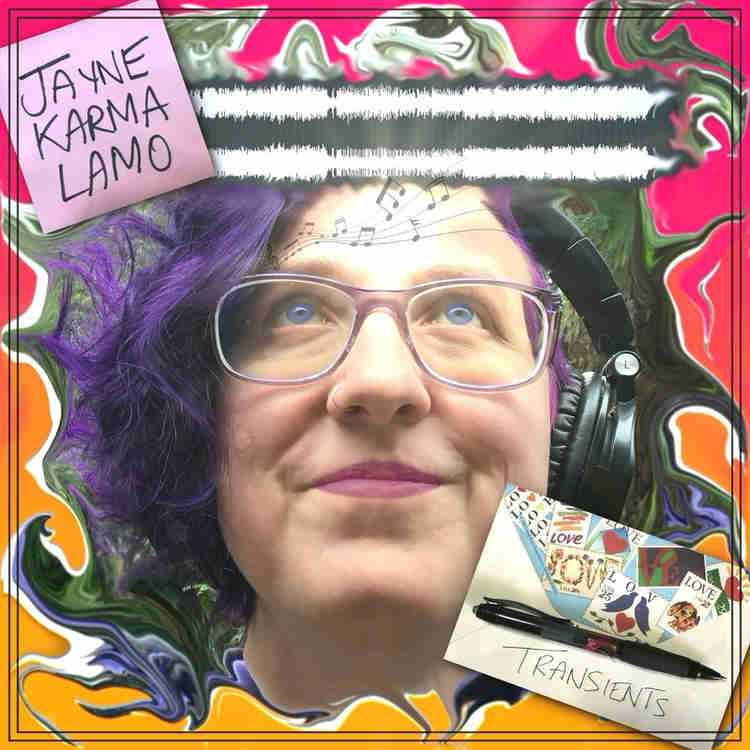 “Transients” is the fourth album by Jayne Karma Lamo, an alt rock outfit I was planning to describe as a “one-person A Perfect Circle” before I was compelled to explore the record and its creator, beyond the few singles that preceded the album’s May 2021 release, my only prior exposure to what I now know to be the work of a prolific multi-disciplinary artist.

Since 2018 she’s written and produced four records as a solo operation. As impressive as that alone sounds, in Jayne, the musician behind JKL, you will find more than just a super-band wrapped inside a singular brain!

Jayne has dedicated her life to a multitude of paths, exploring each limitlessly and fusing all of them together into her very own ‘Ikigai’. JKL is only of one her many musical projects, and music is only of the the many areas of art she explores, and beyond art, Jayne works within her community as an End of Life Doula. Most musicians will gladly take the title of ‘One-person APC’, but it would be an injustice to describe Jayne’s life work in such simplistic terms! 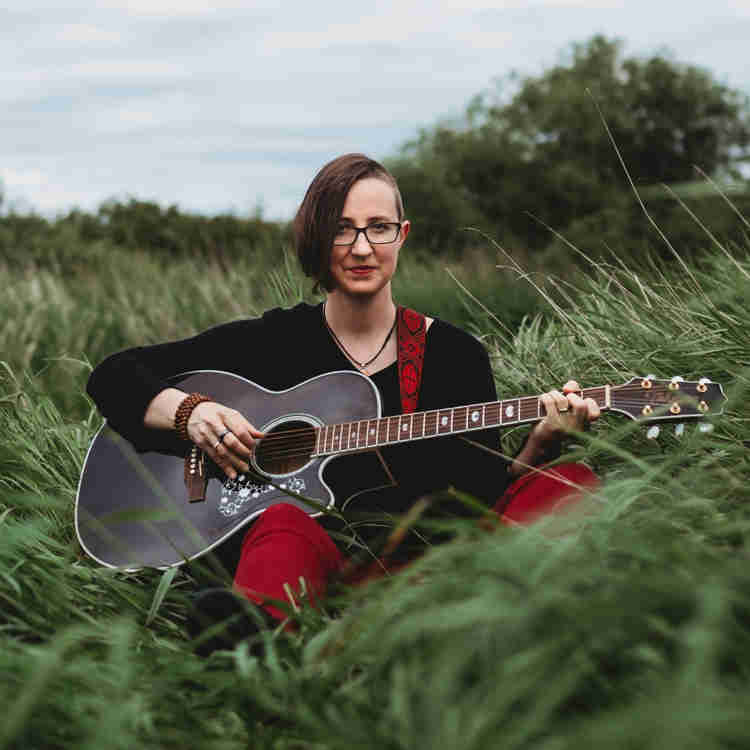 Jayne writes, performs & produces JKL as a solo operation, churning out music and content at an impressive frequency & quality!

“Transients” spans the tonal, sonic and rhythmic spectrum, from the intricate rhythmic layers in ‘Being Human’ coming together like a musical Origami, to more vocal-centric tracks like ‘Off the Floor’ and ‘Fizzle Out’ weaving Neobaroque-esque Counter-melodies, to the Dark, more Industrial soundscapes of ‘Help Me’ and ‘Back To You’. It offers a lot of twists and turns and remains fresh during its 55-minute runtime, while at the same time, each of its 12 tracks stand very much on their own coordinates within the sea of alternative, independent, genre-bending music!

‘Ride the Tide’ patiently opens the album with grace and groove, but things quickly kick into second gear in ‘Being Human’ and its rapid guitar stabs until the drum comes in half-time like a satisfying curveball. As soon as you begin settling into the complex cycle of the track’s trio of phrases, all contributing to an overall groove that is as unforgettable as it’s fleeting, you’re hit with another twist and the feel changes. Very much reminiscent of the likes of Grizzly Bear and The Mars Volta.

‘Head Down’ is brilliantly quirky, introducing some of the more electronic sonic elements of the record, with dance-inducing Ostinatos and arpeggiated synths, oozing sophistication while maintaining its Indie Hit Energy!

The dance turns to a sway with ‘Fizzle Out’, shifting effortlessly into a more eastern-inspired three feel, with rhythms built like fractals of triplets and triplets-within-triplets, and truly soul-healing vocal harmonies that soar on top. It’s sure to take fellow APC fans back to the ‘Orestes’ era!

‘Birds of a Feather’ is up next with vocals that won’t stop souring and an overdriven bass line that won’t stop slapping! This is an ‘over-before-you-know-it’ type of banger, perfect for jolting you out of the emotionally deep ‘Fizzle Out’ and preparing you for ’Burn’ as it rounds off the first half of the album with epic style, with its dark, swelling ambient soundscapes and push-and-pull rhythm! It usually takes me a few listens to absorb the music before I begin diving into Lyrics but I found myself instantly moved by this track’s hauntingly beautiful words. I truly hope they speak to you in the same way the spoke to me!

Hopefully by now you’ll have caught up to a pattern emerging where song names on ‘Transients’ quite aptly explain the underlying composition and poetry of its diverse sound, and ‘IDK’ is no different, with its ambiguous chord progression keeping a wide range of emotions comfortably within range and ready to explore with each new section.

‘A friend who knows’ features one of my favourite drum/bass arrangements in a record that’s full of memorable and unique backbeats. Each of the song’s many layers add to the momentum, building until the final second of the song.

‘Off the floor’ is a more organic arrangement of Acoustic Guitars, Pianos, and Vocals, once again serving as the calm before the industrial polyrhythmic storm that is ‘Help Me’: Frantic, Powerful, and showing a new side of Jayne’s versatile vocal work on top of what will ultimately become an immovable wall of soundscapes by the end of its 4-minute journey.

‘Back to You’ is a pure ballad, taking its time through the ever-evolving harmonic structure brought to life with upfront guitars and reverberant vocals.

‘Like a Woman’ is the last and by quite a fair margin the longest song of the album. A relatively sparse arrangement of slide guitars and vocals gradually builds up to a dense symphony, juxtaposing wailing lead guitars against percussive vocals and stabbing acoustic guitar tremolos. Once again, the lyrics outshine what is truly a fantastic arrangement.

‘Transients’ is daring, raw, honest and incredibly engaging cover to cover. It’s truly mind-blowing to me that its released barely 3 months after JKL’s last release, yet it plays like an incredibly mature and adventurous project masterfully crafted through years of relentless experimentation, drawing inspiration from a large catalogue of contemporary alt rock/indie/prog bands like Grizzly Bear, Warpaint, Nine Inch Nails, Dredg, The Mars Volta, Mitski, and Radiohead to name a few. Lyrically, the album provides an intimate and deeply vulnerable insight into the mind behind the music, of someone who has made it their life mission to spread joy and inspiration in a world that can justifiably seem like it’s devoid of both sometimes!

You can find 'Transients' on Bandcamp or your streaming platform of choice, and you can follow JKL on her Instagram. Also, Check out the video for 'Ride the Tide' below, and you may just find an interesting Cameo in there!