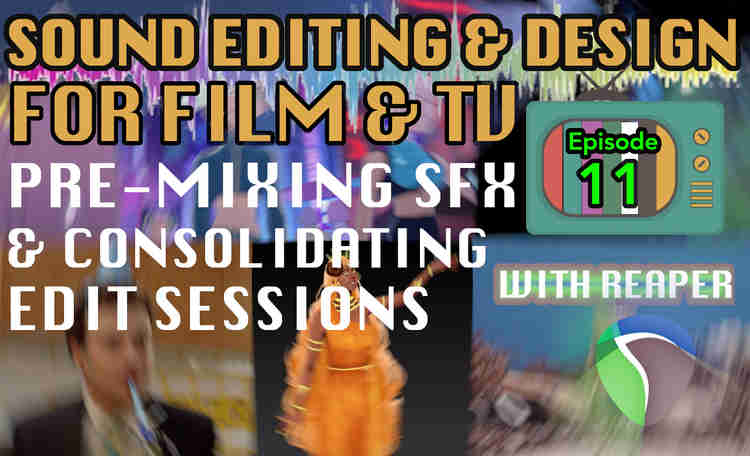 In this episode of 'Sound Design for Visual Media' we will be doing an SFX Pre-mix. I'm gonna walk you through the entire process, from setting up our mix session, to doing the pre-mix and then I'll show you a few ways of exporting it, both for REAPER collaborators and those on other DAWs like Pro Tools. This is a native workaround that works for smaller projects, but for bigger projects I'd still advise you to just get AATranslator. If you're making Feature-Film money, it's a small expense compared to the time and hassle that it saves you!

Setting up a Mix Session

Before starting the pre-mix and sending our projects to a mixer, we need to minimize the size of our project, minimizing the project size, by removing files that are no longer needed. If you think you may want to go back to your project with all Work tracks and extra garbage intact, do a save as.

It's important to check that all your audio resides in the project folder and I'll show you how to do that from the Project Bay in REAPER.

Once the clericals are done, we can get to mixing!

What level should I mix to?

The short answer is, I don't know, but there are no secret and set guidelines with this type of thing. Just use common sense. Every scene is different, and looking for a set level for BGs is like looking for a set colour-grading setting to apply to the background of all shots. It just doesn't work. Just think about real life. An empty house is quieter than a busy street, and a busy New York street is louder than a busy street in Bruges.

The same applies to SFX. Your brain already contains all the info you need. A door close should be louder than a footstep, and a gunshot is louder than both. Don't get lost in realism though. A gunshot shouldn't deafen the audience, even though gunshots in real life can, and despite gunshots in real life drowning out dialogue, we don't wanna do that in film, obviously!

Here are the hotkeys that I chose for some actions I use quite often in item-based mixing:

Some of these you'd have to set up yourself, and some of them are defaults. Feel free to change them, but once again, consider the ergonomics of your keyboard. You want to be watching the screen and not your hands, so design your hotkeys such that you wouldn't have to move your left hand. I have the left area of my keyboard dedicated to editing, and lots of hotkeys for mixing are accessible by moving my left hand to the right half of the main keys area.

I also have a Logitech G600 Gaming Mouse, which allows me to assign extra actions to one of the 24 extra mouse buttons on my mouse. Highly recommend this to everyone. It's a small expense for the amount of improvement to your workflow and wrist health. 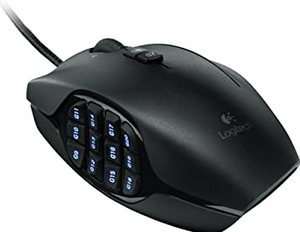 If there's anything you should take away from this episode, it's to go and read this article by Walter Murch and listen to the examples. Consider this your homework!

I hope you learned something from this tutorial, and please help me out by donating to me through this link, or simply by sharing my videos with people you think may enjoy them!